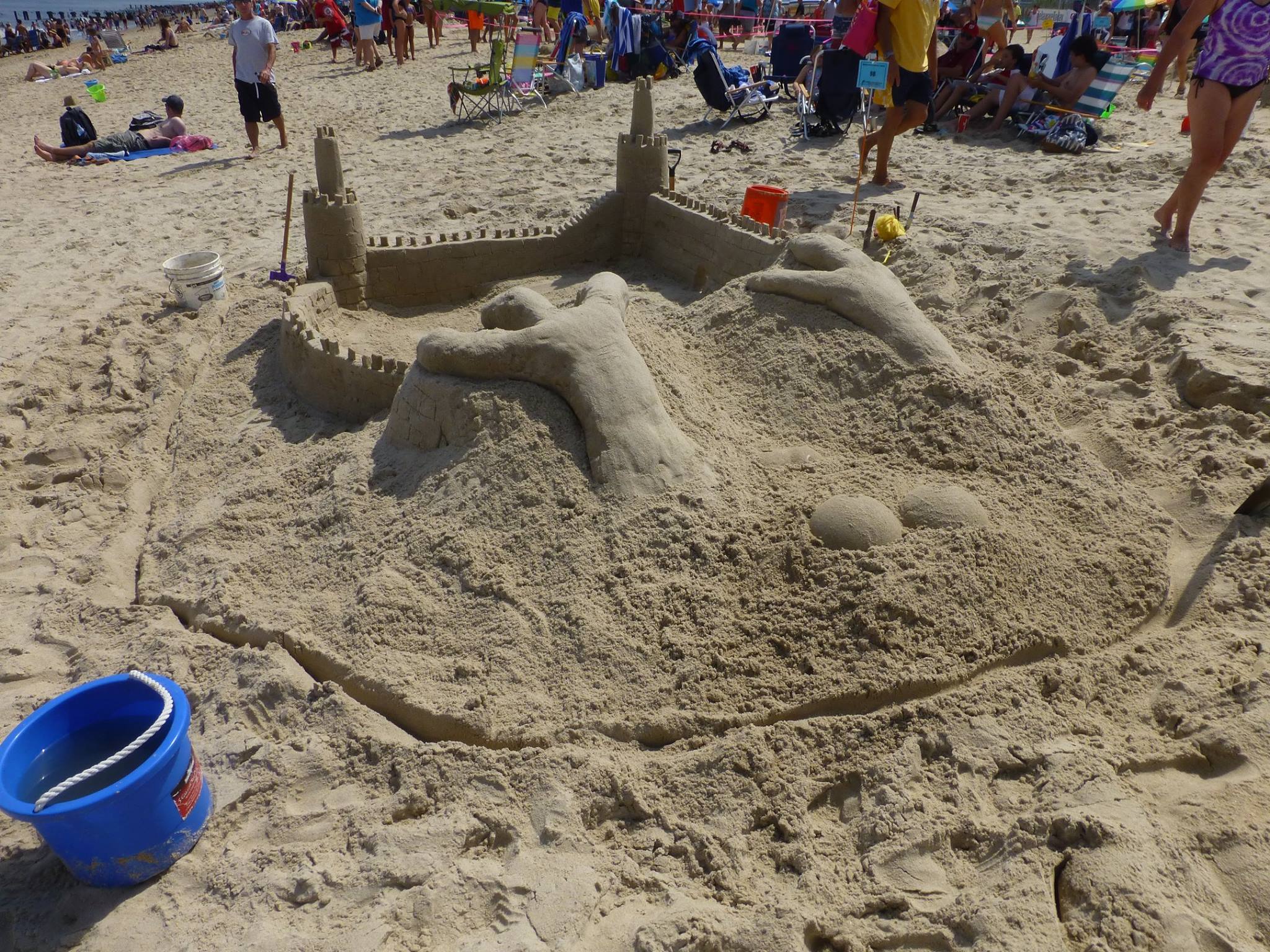 Oh No! The beast has arrived!

This fun sand castle shows a fortified castle getting breached by a scary monster lurking just below the sand. 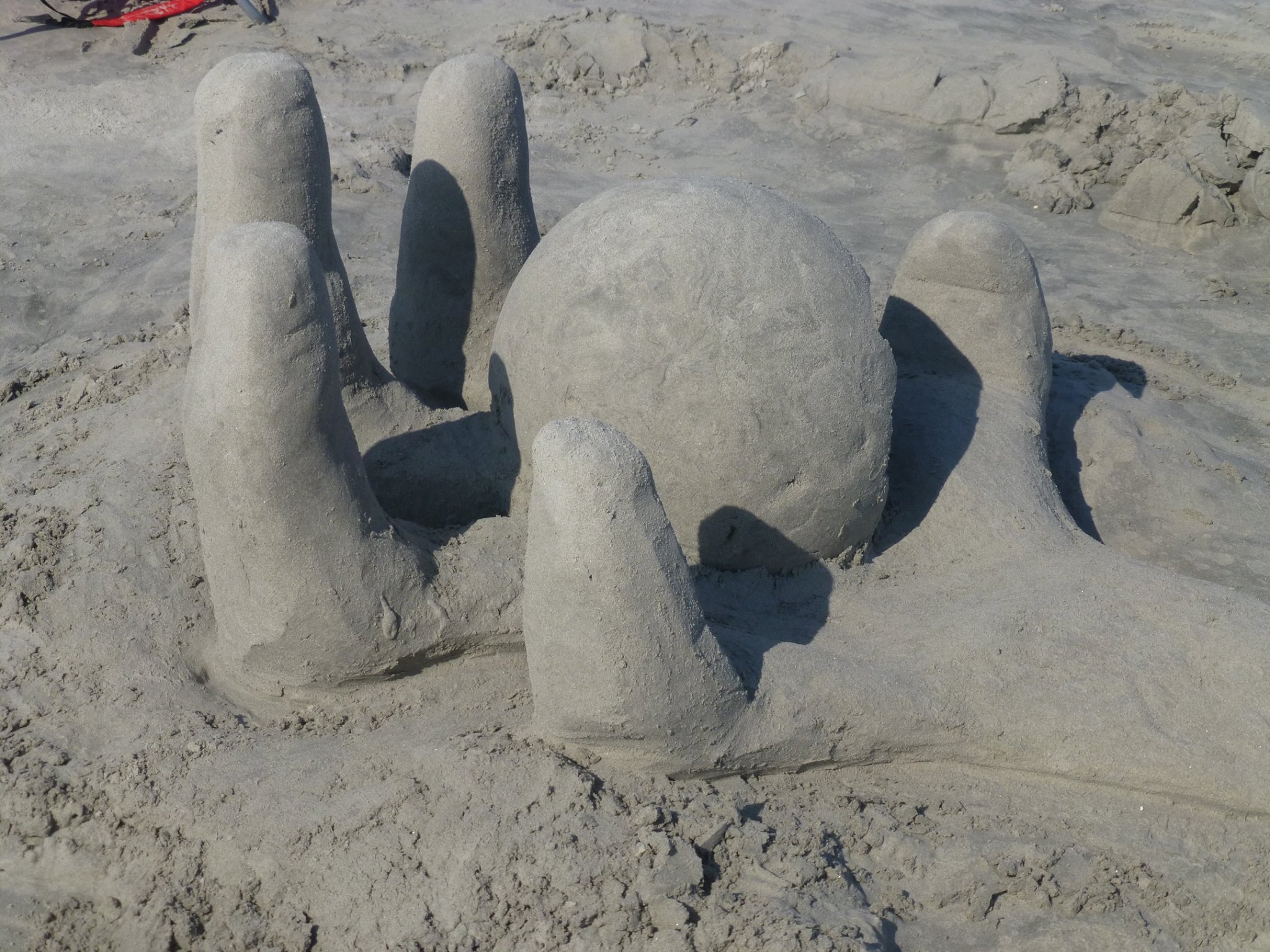 Hand Reaching Out for a Ball

The ball the hand is reaching for was sculpted using a neat tool called the "Willysphere" which lets the sculptor make perfect spheres. 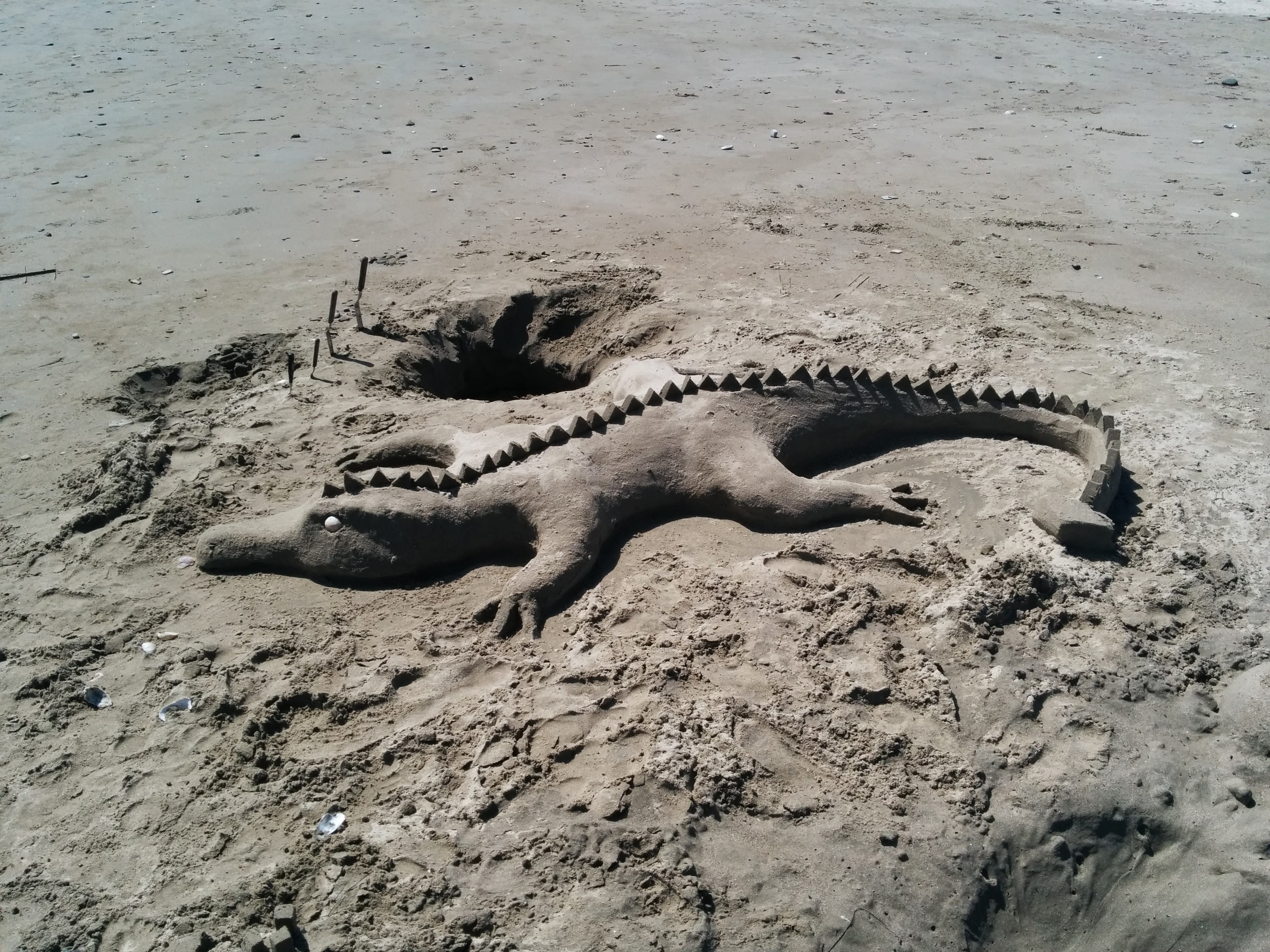 He's quite safe to approach; his name is Fred and he has no teeth to be afraid of. 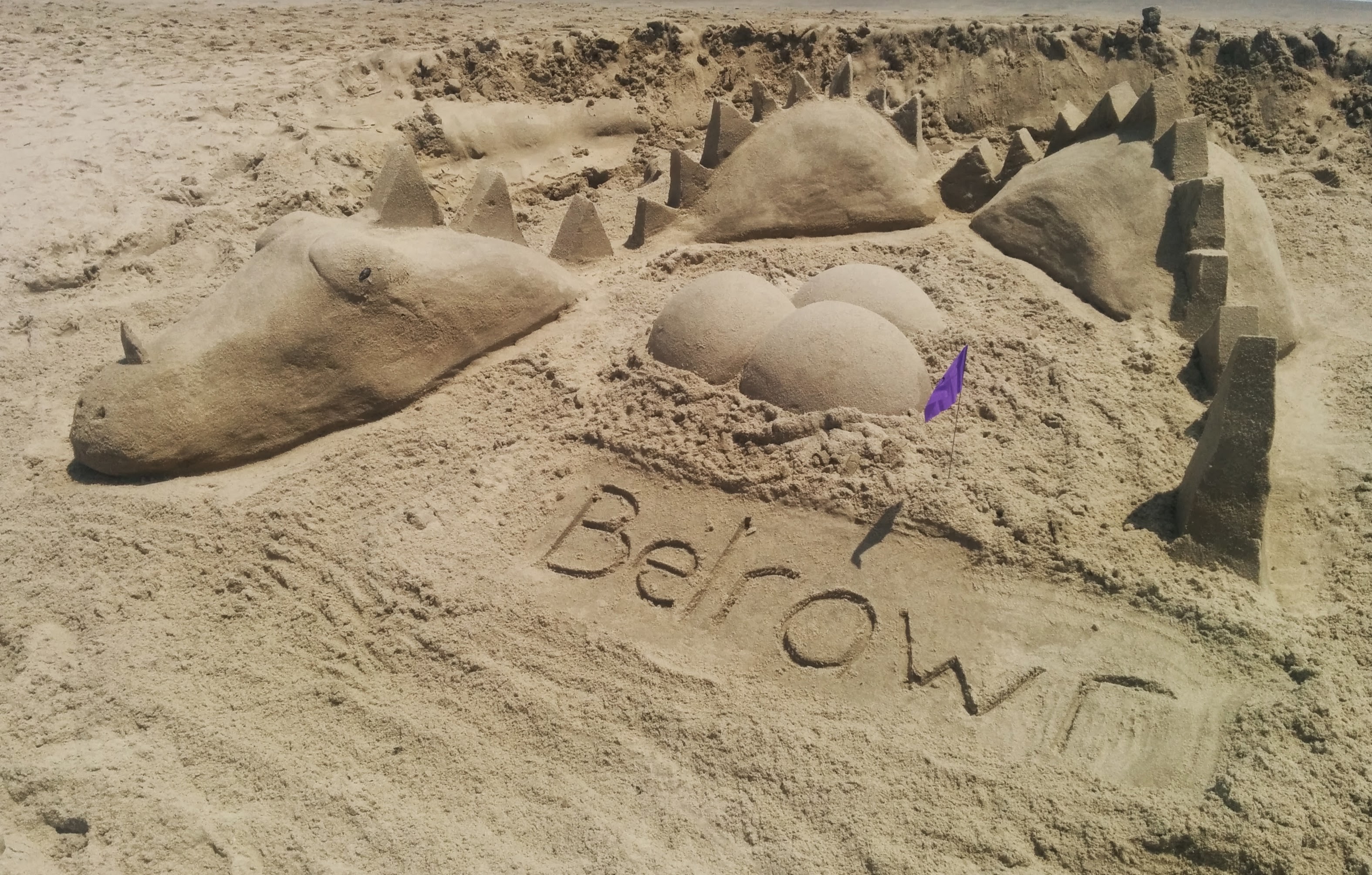 Belrowr loves her children, even before they hatch into beautiful baby sea serpents. 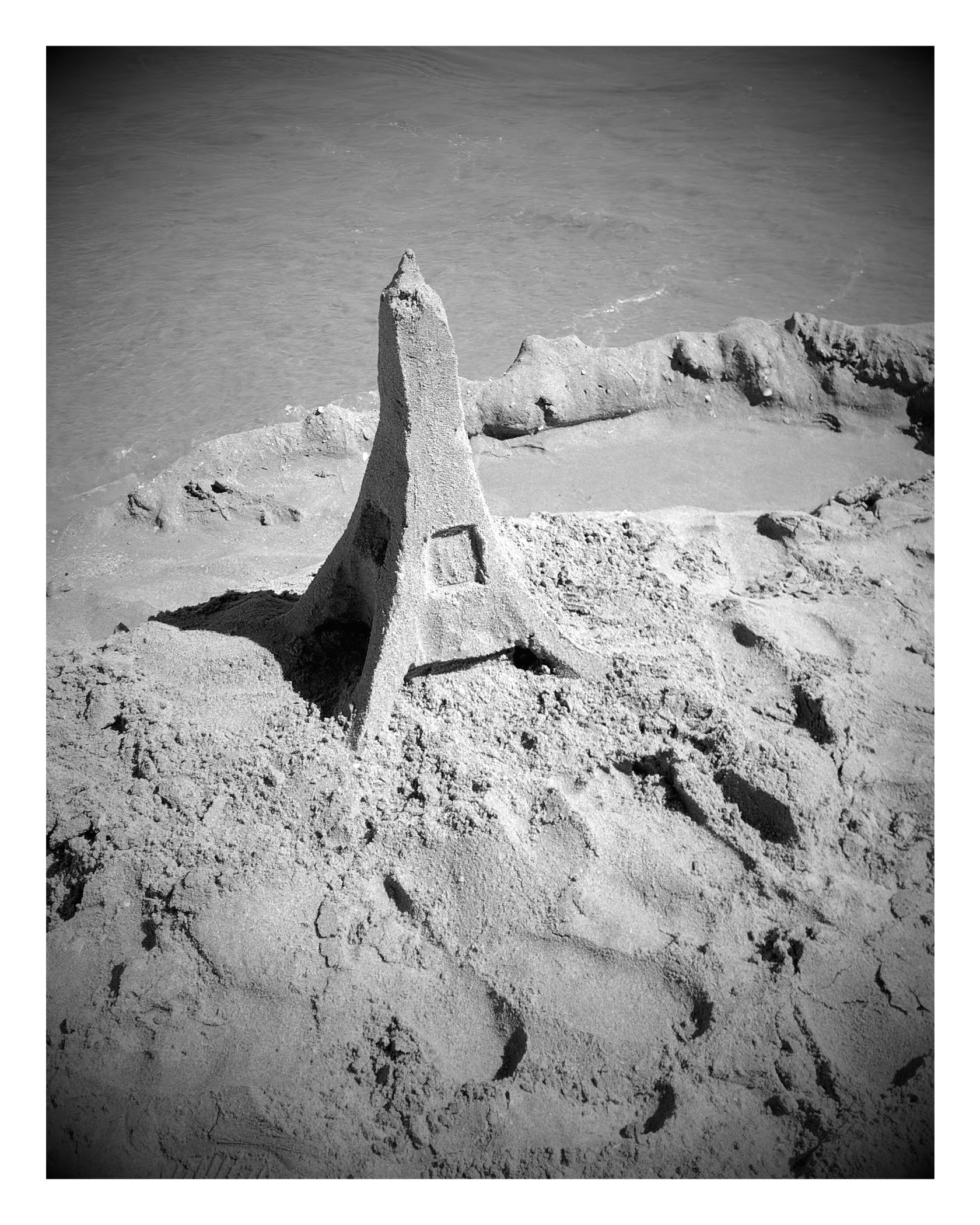 Although 532 times smaller than the actually one, it is still a magnificant sight to see. 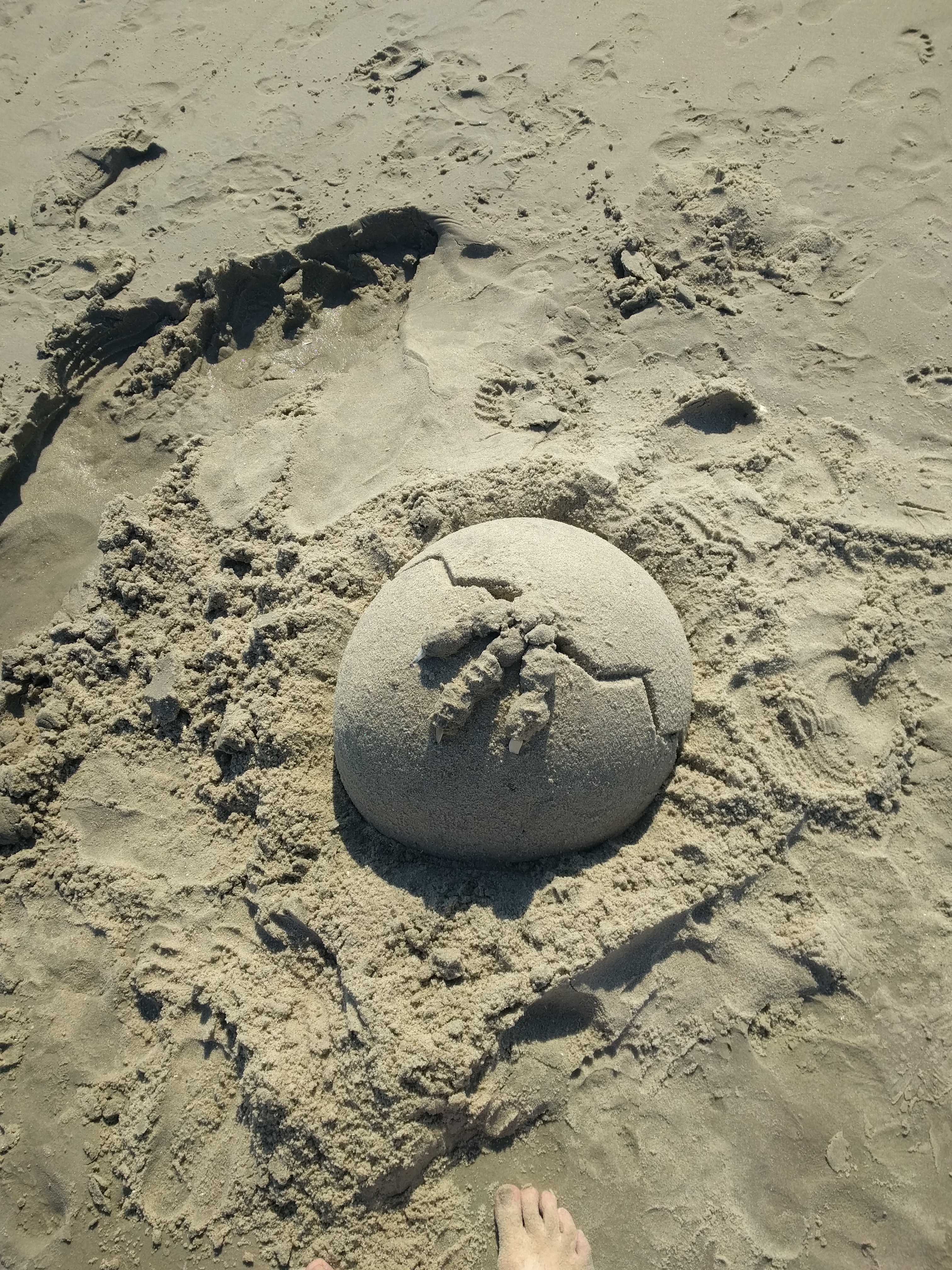 It was made using a "Willy Sphere" and cracked to give the appearance of an egg. 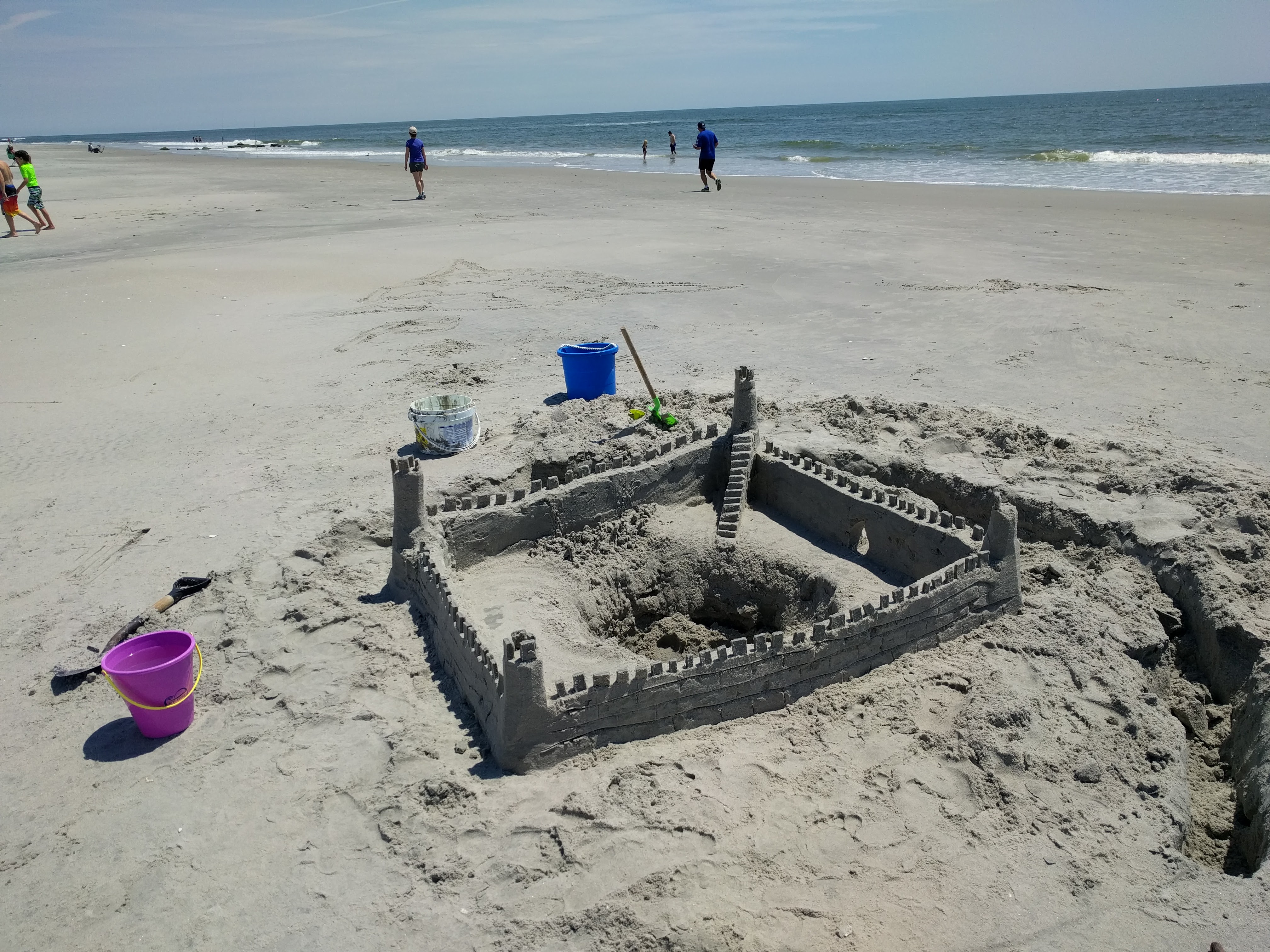 This castle is quite simple and ordinary, but the interesting part is who will come by to destroy it. 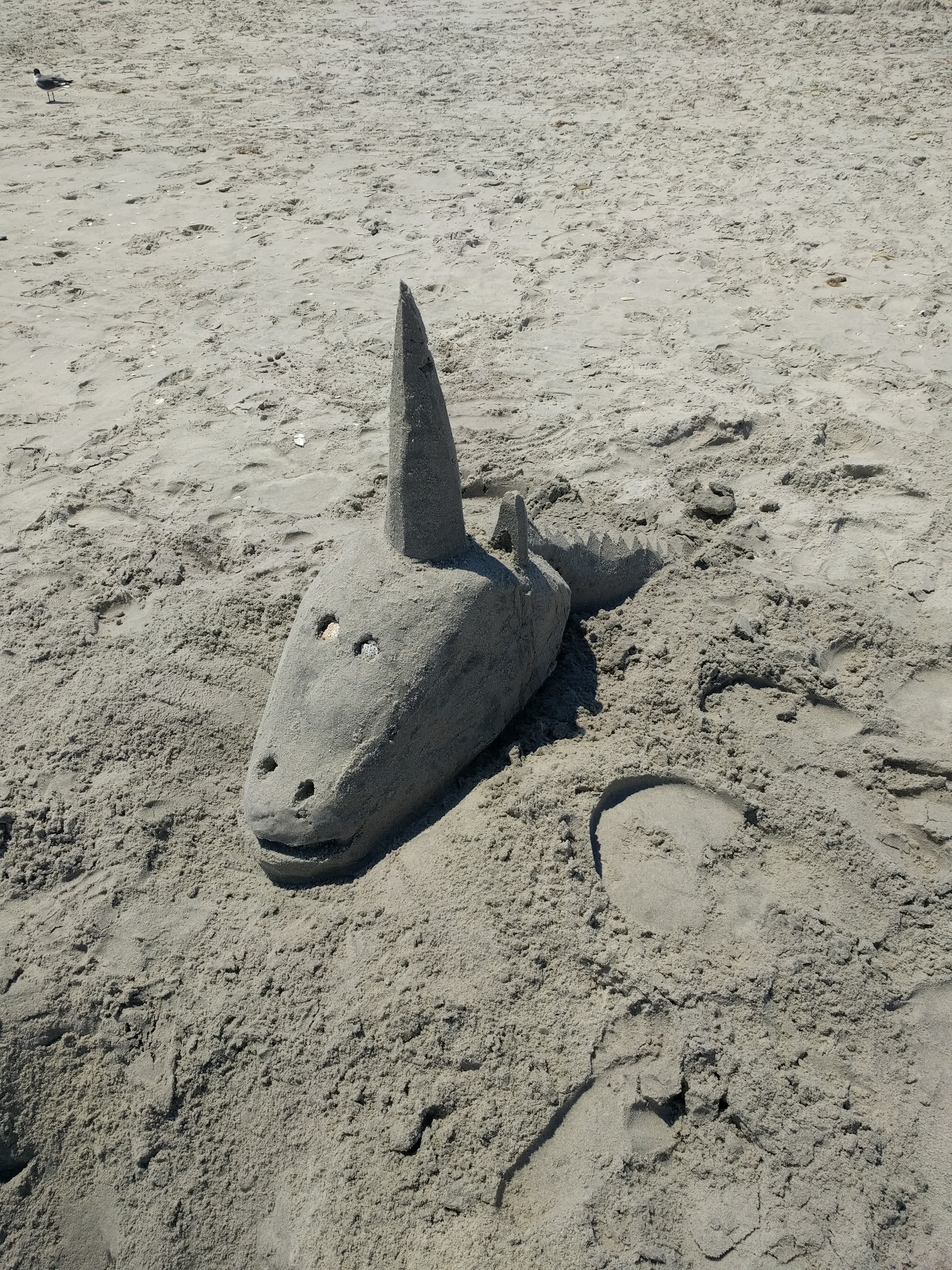 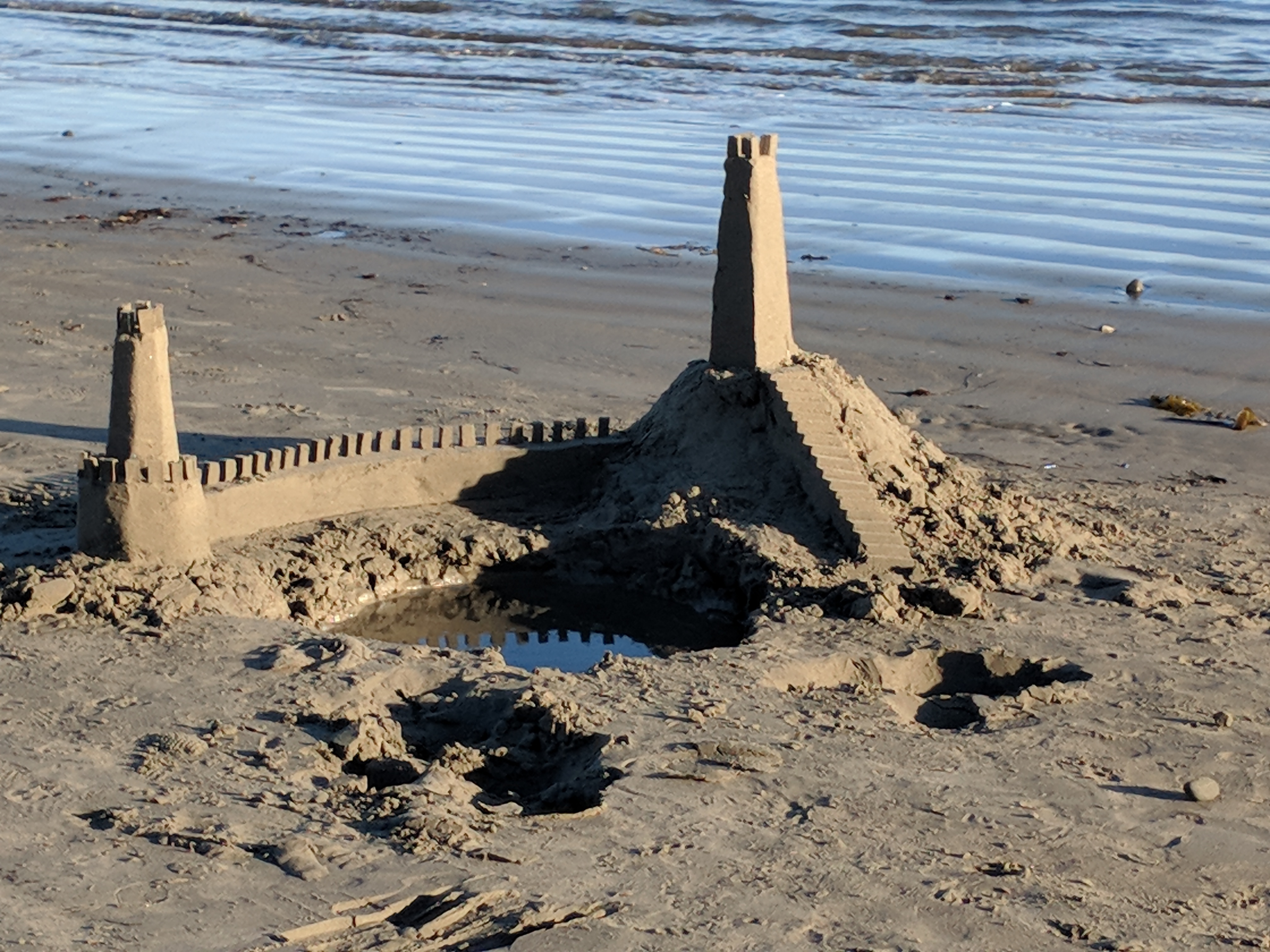 Although a very simple design, the picture captures the essence of this castle. 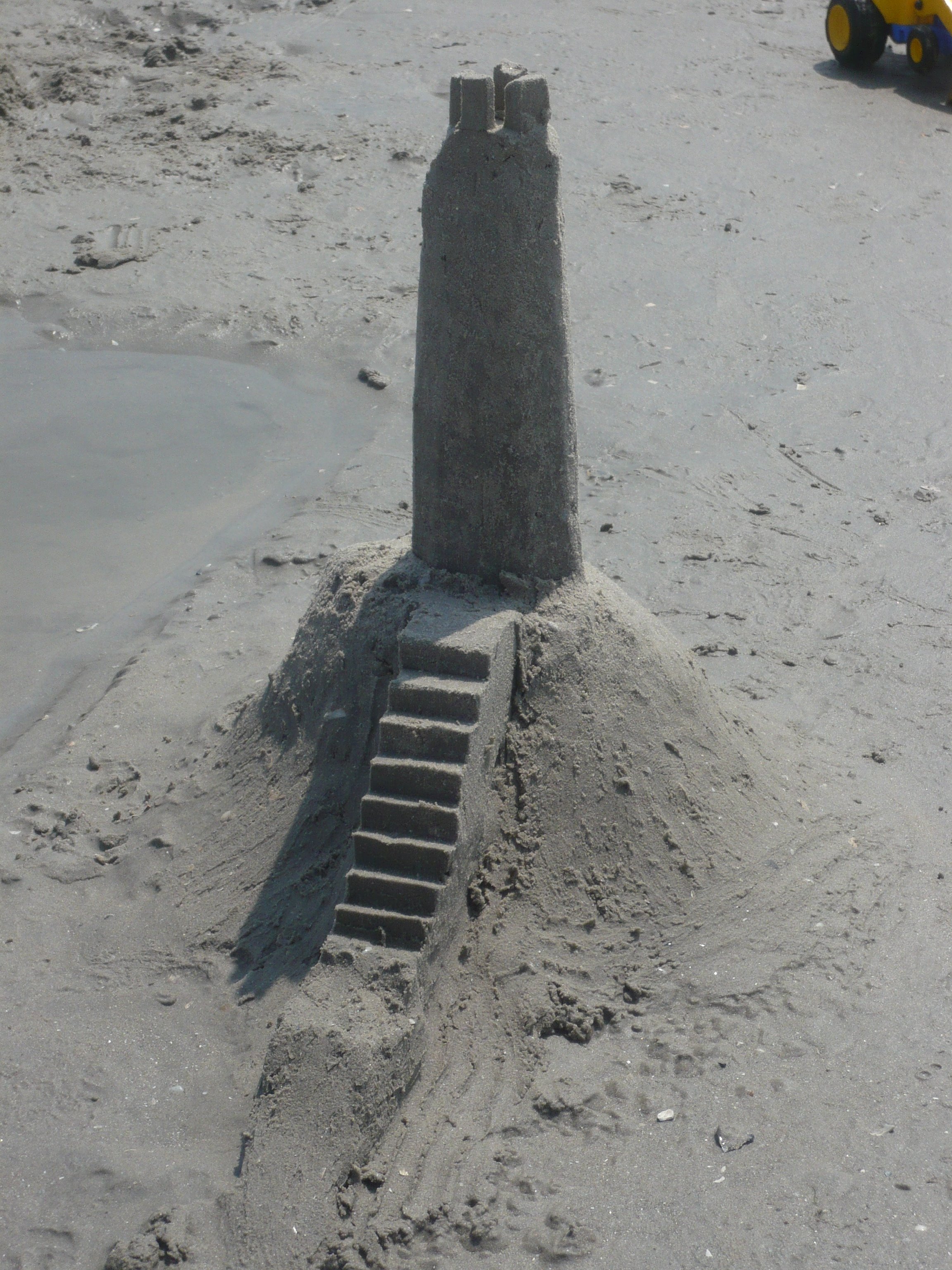 Stairs to the Tower

The journey to the top is quite a treck. 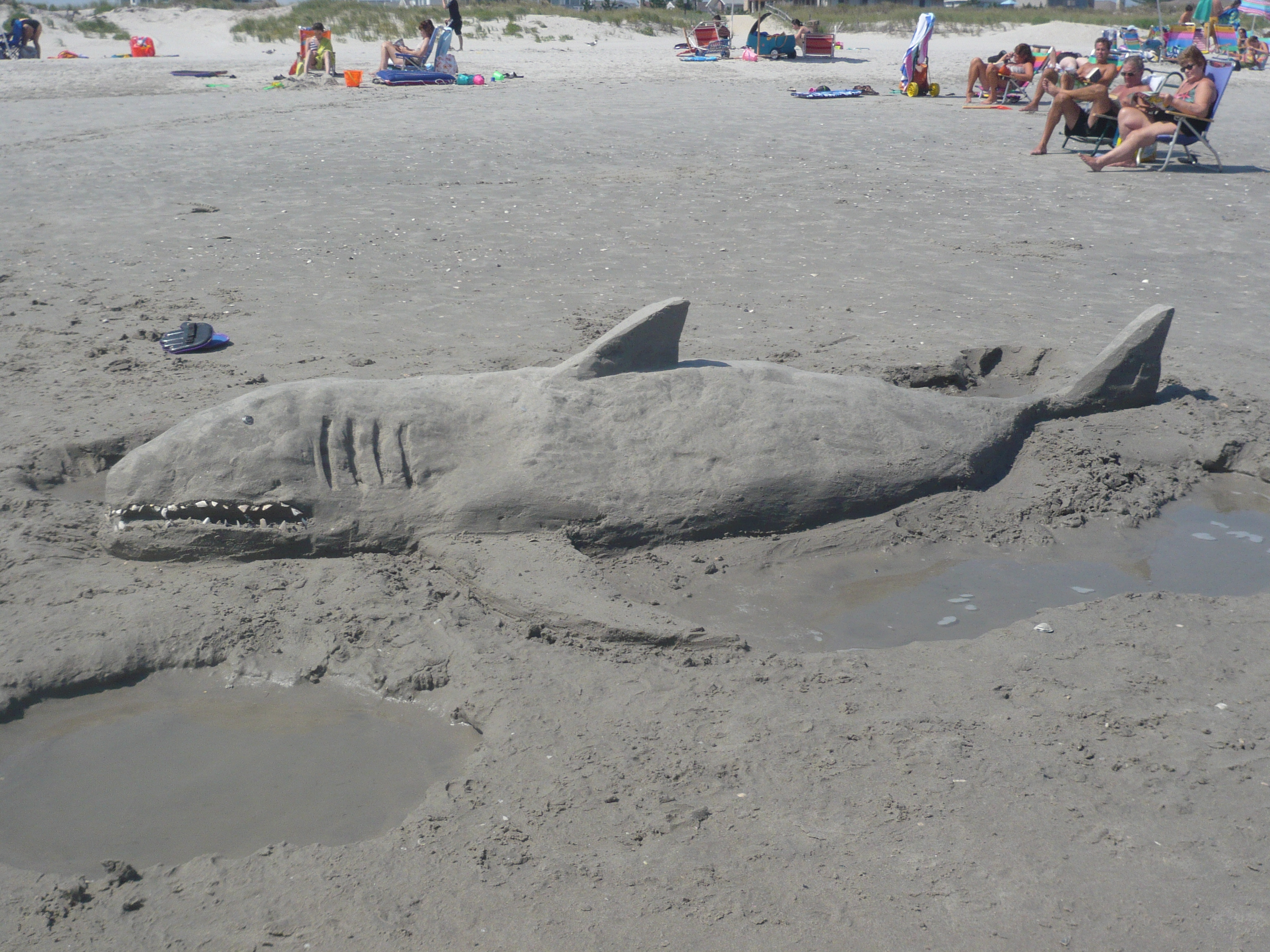 Fearsome as Walter appears, he is a bunny at heart. 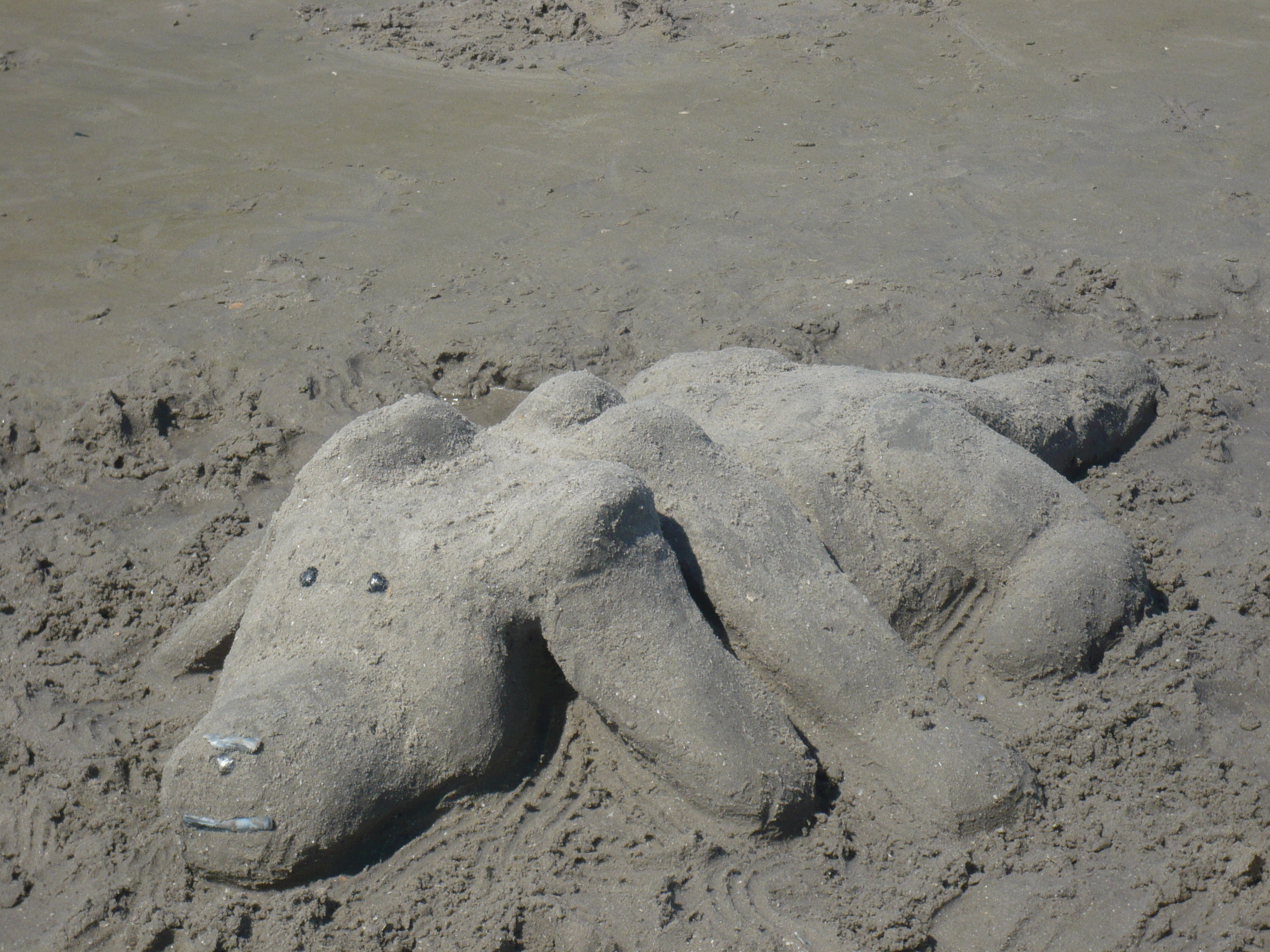 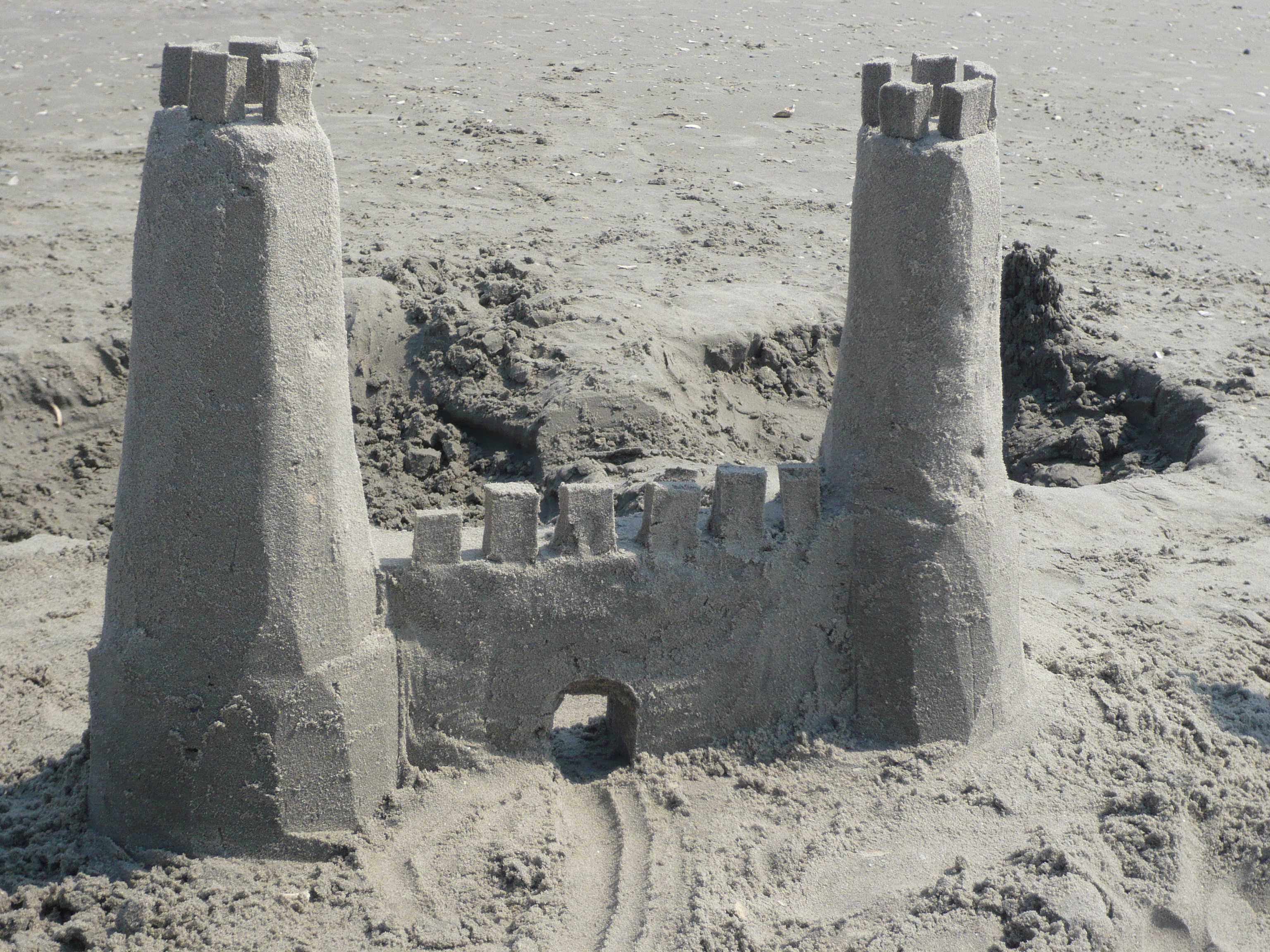 A little small to fit your minivan through, but your smart car? 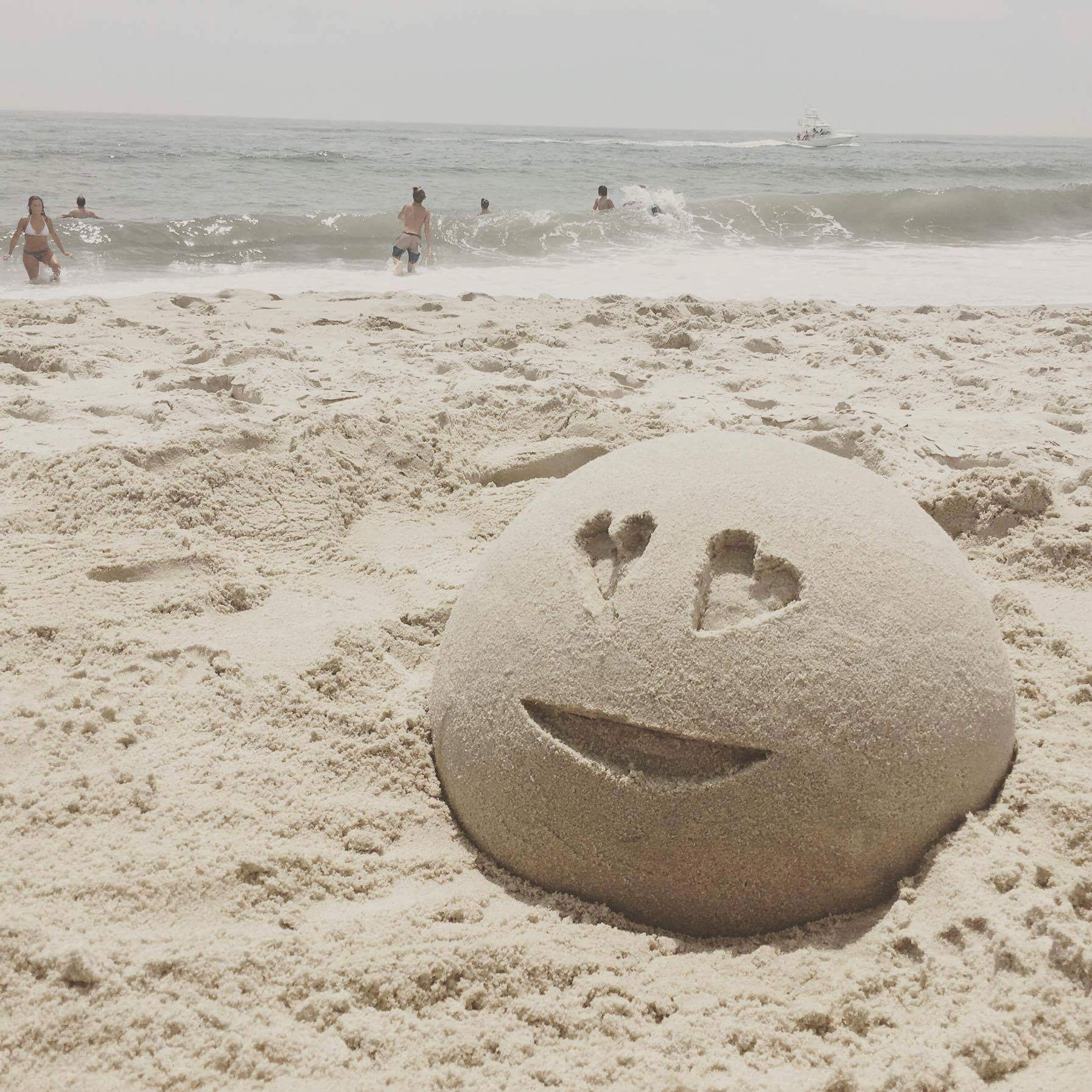 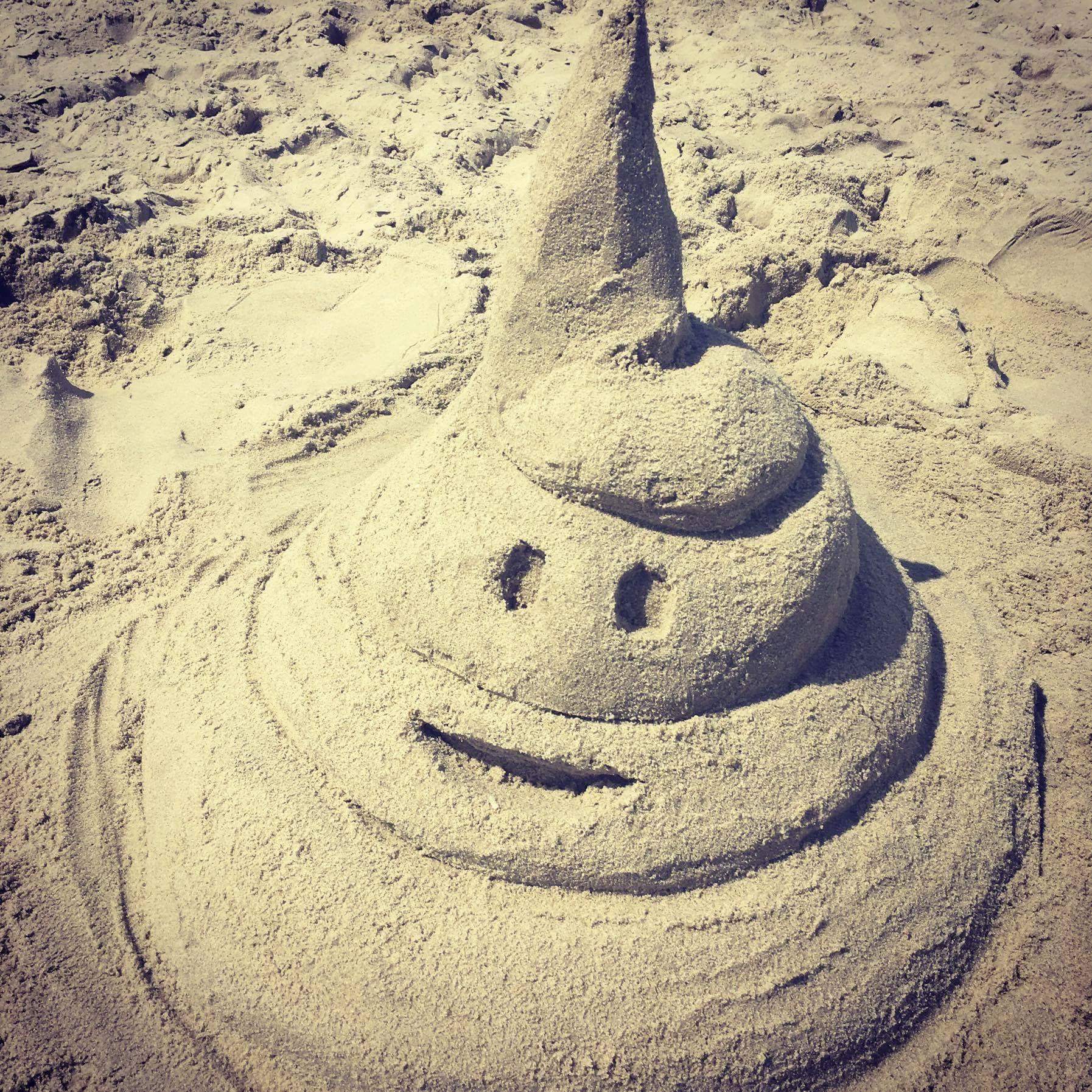 A pile of poo with a face, what more can someone ask for? 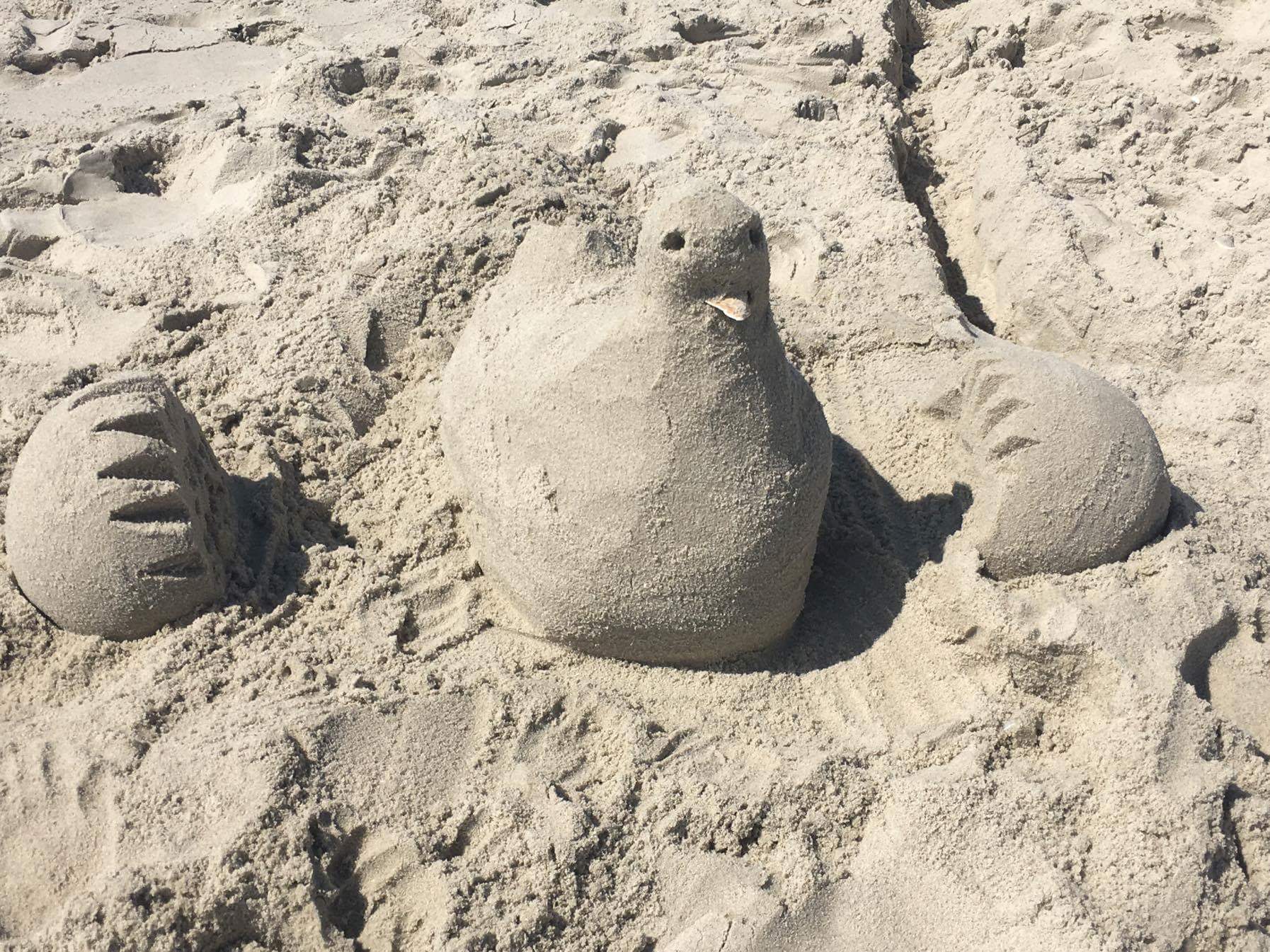 It's only adorable until it start pecking and pooping all over the place.